One room I haven't spent that much time thinking about is the laundry. Quite surprising really, as I seem to spend a considerable amount of time in there. It's amazing how much washing six people can generate - although perhaps I should consider myself lucky that I have boys instead of girls!

What is even more amazing is what our laundries used to be like. They were not housed in dedicated rooms inside - they were more of an afterthought, shoved underneath the house. Hardly a pleasant space to conduct daily mundane duties.


Our (who am I kidding) my new laundry will be located at the end of a "service corridor" which will also house the little chambers that are the toilet, shower and washbasin (kids' bathroom.) Due to it's proximity to the childrens' bathroom/bedrooms, I'm hoping that their clothes will end up in the laundry basket instead of the floor.

Ideally I would like a decent amount of bench space, for sorting/folding all the clothes and a couple of washing baskets built into the cabinetry.

I was planning on using the same marble benchtop that will be used in the kitchen, purely for consistency. Initially I was concerned that using marble was a little too pretentious for a laundry however we are using simple "honest" materials in the joinery and tiling, so a bit of luxe is OK.

Undermount sinks look better, particularly when they're set into stone, but it's really hard to find an undermount laundry tub, which are generally much deeper than a kitchen sink. They all seem to be top mounted for some reason. Why is that? 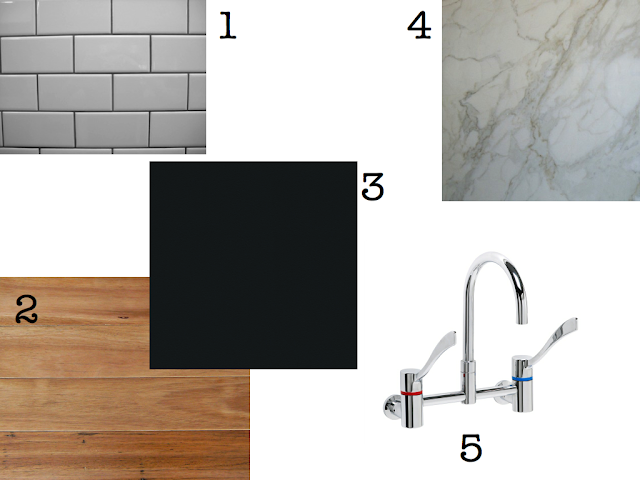 Also on my wish list is the biggest (8kg) front loader washing machine from Bosch which will slip underneath the benchtop (giving me more space). I'm not a huge fan of driers as I think they eventually wreck your clothes if used too often. We will have heaps of space in the undercroft, so I may even put a clothes line down there for rainy days. 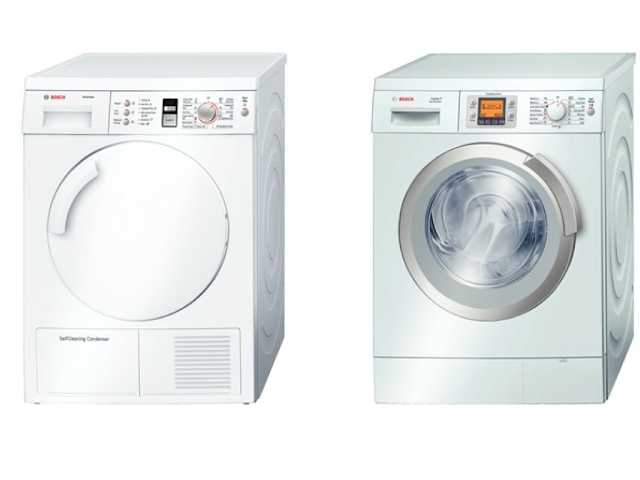