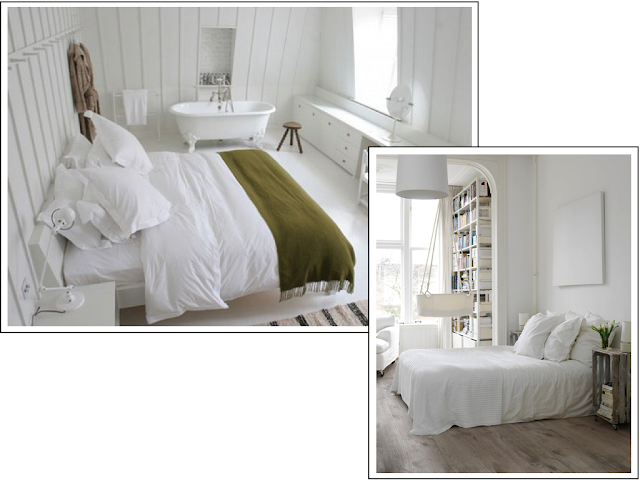 While the architects are busy drawing up the "boring" technical component of the design, I thought I'd share what we have planned for the master bedroom and ensuite. The master bedroom will be located in one of the front rooms of the original cottage - this room is now also being used as a bedroom, however there is not a wardrobe in sight. In fact the entire house lacks any decent storage, something which has definitely been addressed in the new plans. 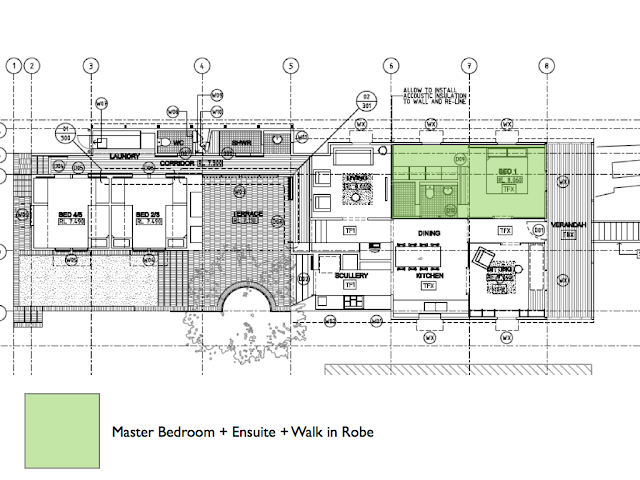 The ensuite and WIR will be located in the space that is currently being occupied by a kitchen. There are a number of reasons how this design outcome evolved, but one important aspect from both the architect's and our perspectives was to keep the existing structure original and untouched. This meant retaining all the existing floors, walls, windows and doors where possible. We had to shuffle things around a little, but the outcome is still a lovely and functional place to sleep/bathe. 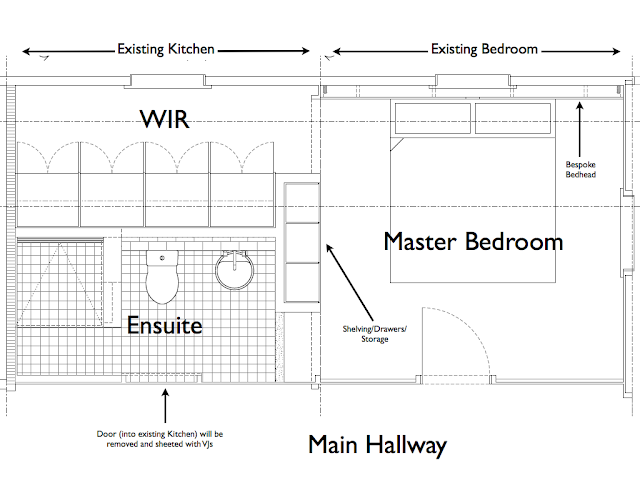 Getting back to the topic of storage, the bedroom itself is not particularly spacious so it doesn't really lend itself to loads of free-standing furniture, so what we have opted for is lots of bespoke cabinetry and storage solutions.

They guys at O+V+P have designed a very quaint bedhead which also incorporates some hidden storage and lighting, enabling any messy cords, phone chargers, piles of books, etc to be hidden from view. The bedhead is constructed from timber and will be painted white - which should look really great with the rest of the timber features in the house. 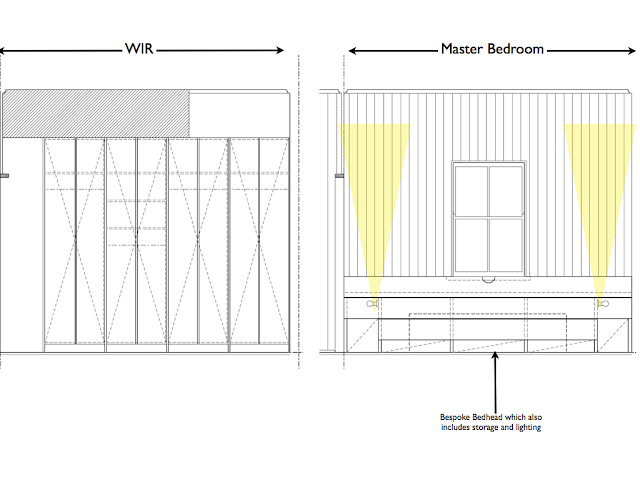 I was originally thinking about some cool pendants to hang next to the bed, but the bedside lighting has now been taken care of as it forms part of this joinery. It's actually hidden from view behind the bedhead - when the lights are on they will cast a lovely, soft glow upwards and across the VJ wall behind it. 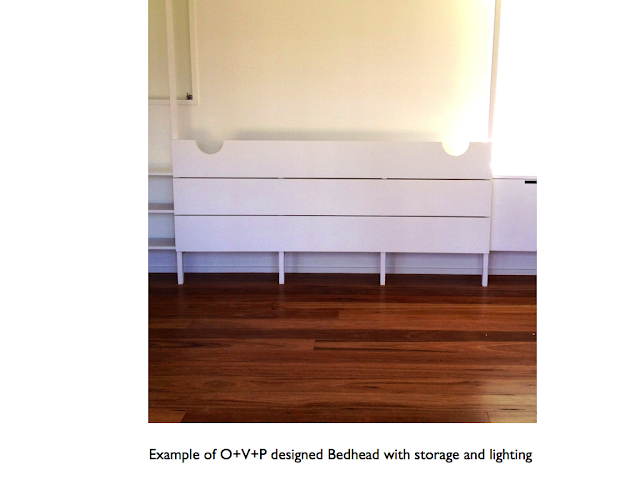 We were also lucky enough to be able to steal some room from the ensuite for these simple drawers and shelves (using the same cut-out handles that are planned for the kitchen). I think a built-in seat was originally planned for this spot - great for sitting down to put on shoes, etc, but we felt that additional storage was more important. 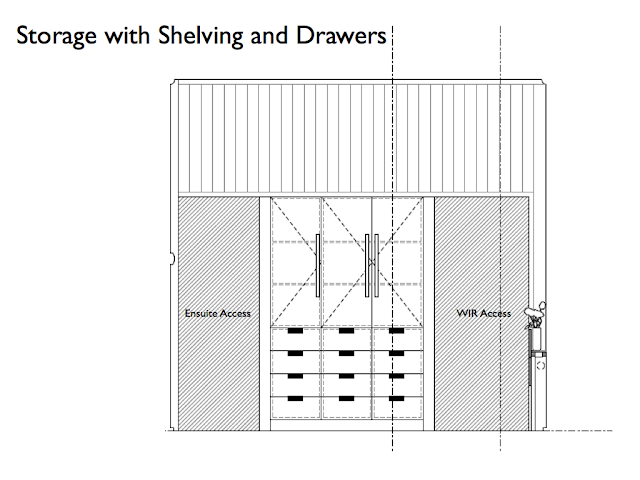 The ensuite, whilst relatively small, again utilises some nice features, one of which is a skylight over the shower increasing the sense of spaciousness and light. I did a whole post on skylights in bathrooms here. 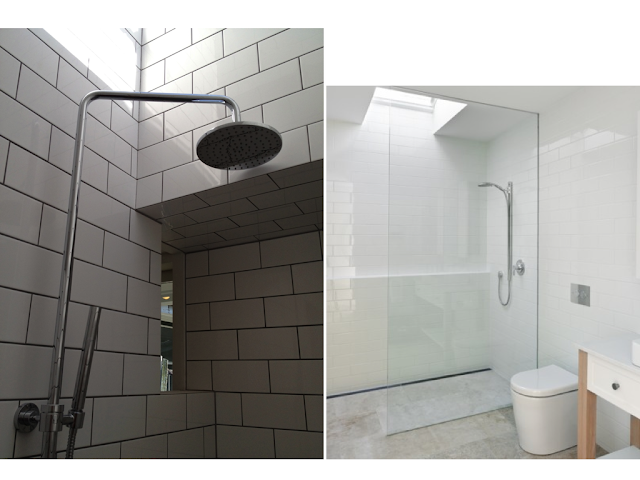 The shaft for the skylight will be tiled all the way to the top with a direct view of the sky above. 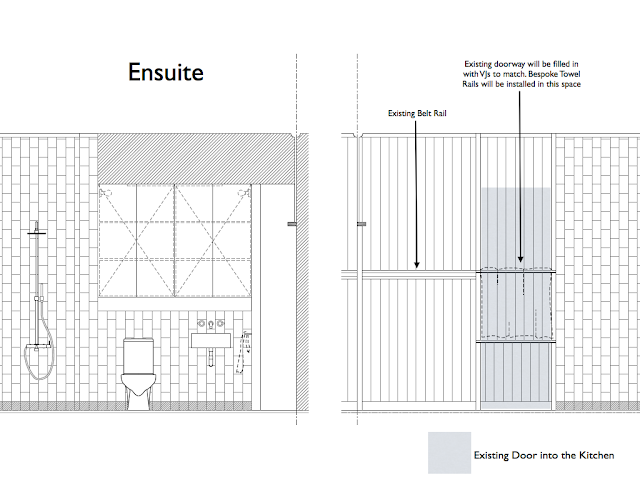 The shaded gap above (which is the doorway to the existing kitchen) will be filled in with VJs to match, and another clever design feature is the bespoke towel rails which will be positioned between the existing door frame timbers.

You will see that the original belt rail also remains in the ensuite as a reminder of the exposed framing technique that was universally adopted in building timber houses back in the day.

We are not having glass shower screens in either bathroom - which is a great thing as I hate cleaning glass. The shower in the ensuite will be separated by a tiled wall with a high level opening to allow light to spill down from the overhead skylight into the rest of the bathroom.

I am looking forward to finding some nice linen for our bed, and I have found some lovely products at Island Luxe down at Bangalow that sell a really beautiful range of linen, blankets, throws and gorgeous Turkish towels.

We've only got one set of linen for our bed at the mo, which has been puked on, drawn on, dribbled over and getting way past it's use by date. I'm planning on getting a set of crisp, white 100% linen bedding and teaming it up with a grey/charcoal or blue/navy (this is a male dominated household after all.) With all the white woodwork it's starting to look at little Scandi! 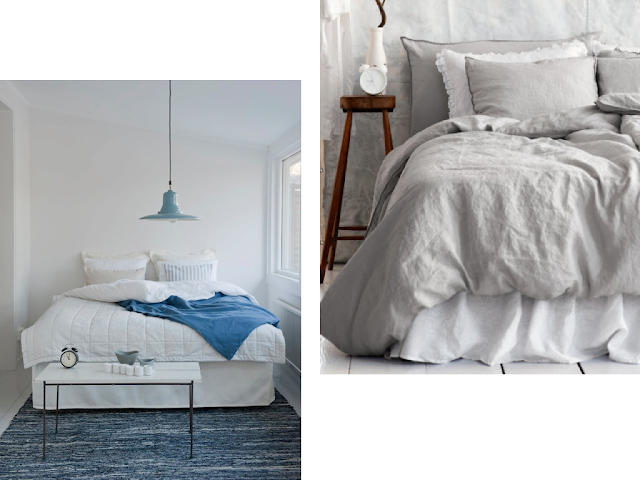