I was flipping through the photos of the house renovation the other day - it's hard to believe we've gone from this: 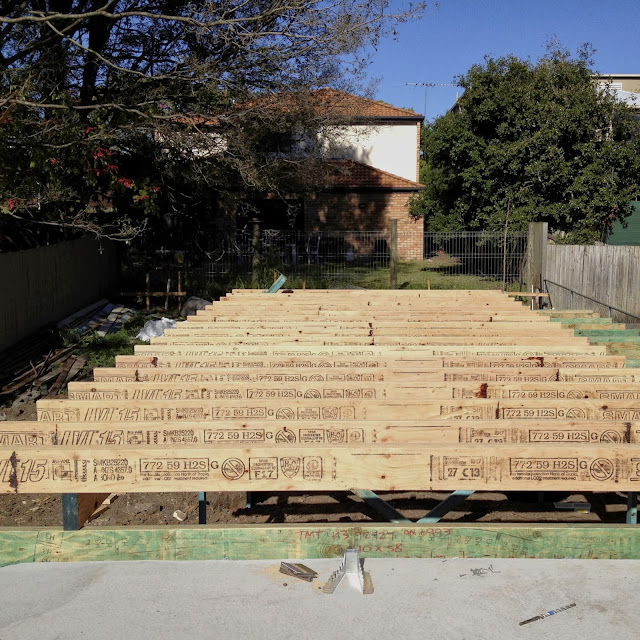 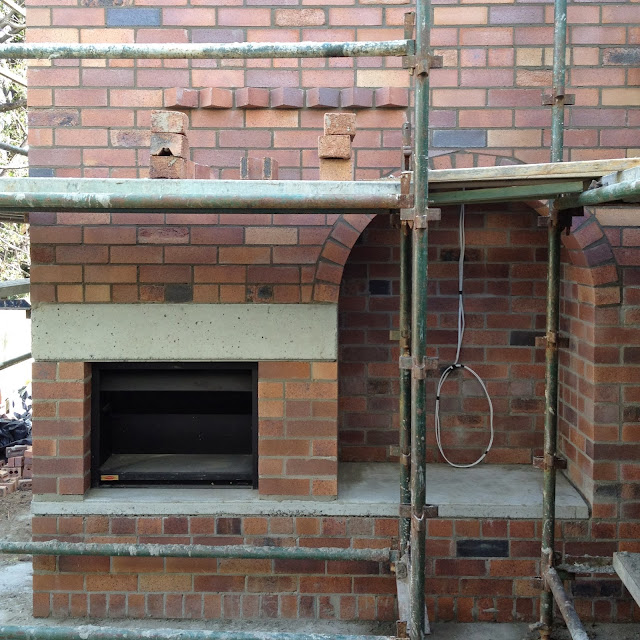 in only a matter of weeks. Anyone following along on Instagram is probably sick and tired of my constant stream of photos of the fireplace and surrounds, but I'm just so chuffed with how it's turned out.

Here's a run down of how it all came together. The fireplace and arch started off as four courses of bricks. The brickies then took a break while the concreter poured a suspended slab in situ: 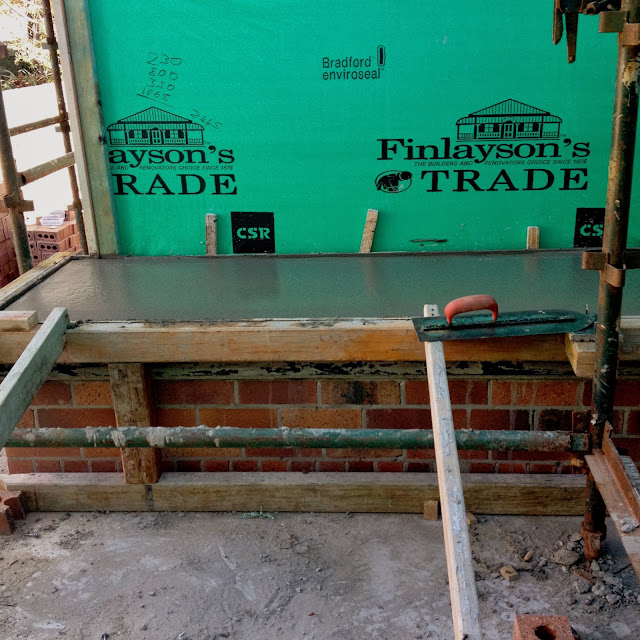 The brickies returned after the slab had set to lay several more courses - then off they went again. 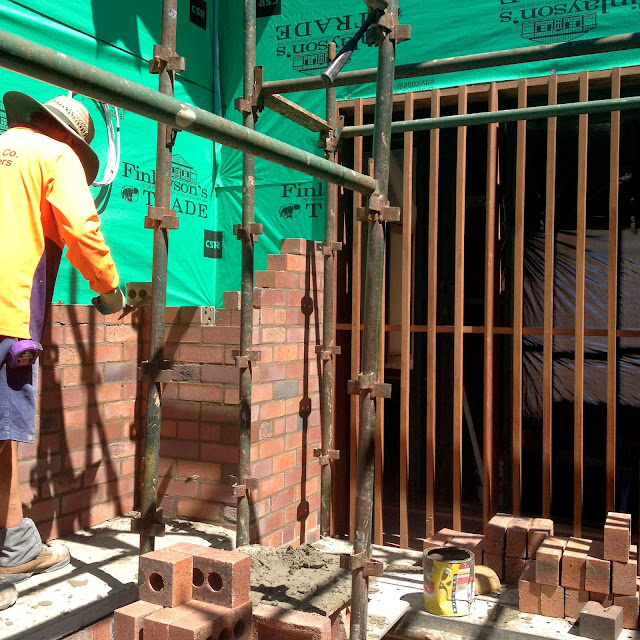 The formwork for the lintel above the fireplace was constructed but it was actually poured off-site. Some poor bugger had to carry it back and place it into position - I don't know how heck they lifted it as I imagine it would have weighed a tonne (which is probably why there is a chip out of one corner - I'd say it was dropped but it adds to the overall character.)

The arch and decorative brickwork elements were completed so now the only thing missing is the towering chimney which will be finished next week.  Not entirely sure what we are going to use the arched area for - wood storage, a cozy nook to sit in, naughty corner.....

There were a number of other things that happened on-site this week as well. The painters made a start on stripping the old paint off the weatherboards: 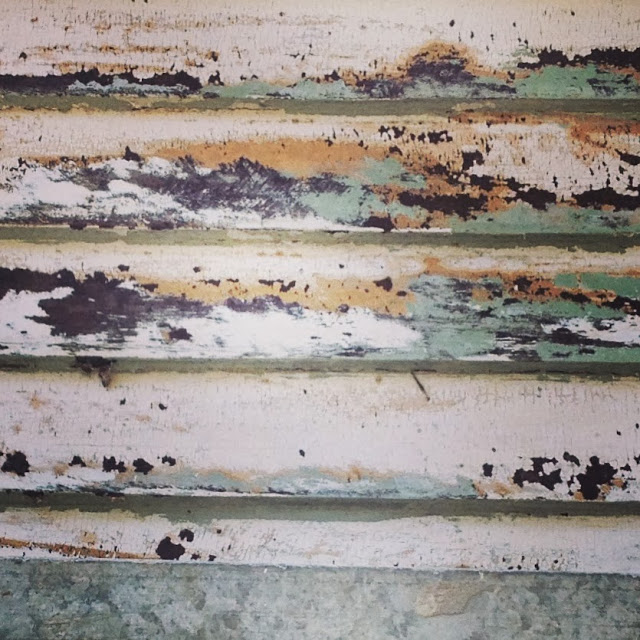 Apparently there were seven layers of paint on the old girl and it looks like she was originally painted white - I guess this renovation ensures that the colour scheme is remaining authentic (to some degree anyway.)

The drying rack in the kitchen was constructed: 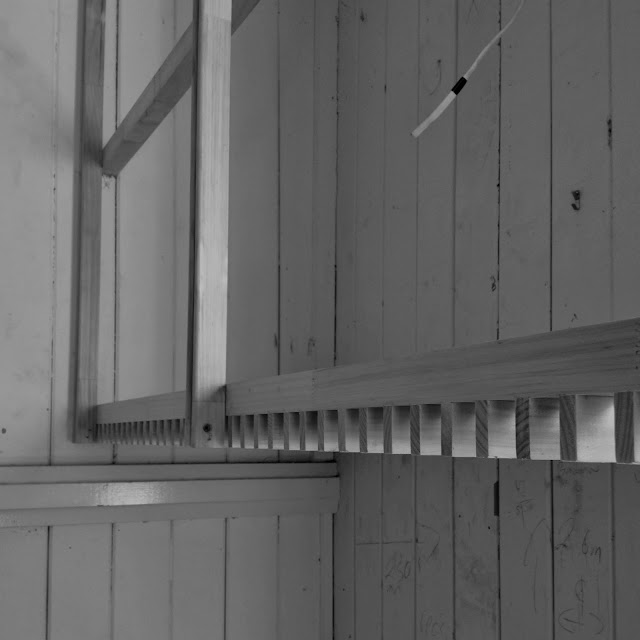 All it needs now are some decorative glass panels, integrated lighting and a lick of white paint to finish it off. You'll have to wait a few more weeks before you see the finished product. It's actually a really inexpensive but effective way of providing additional and much needed storage in the kitchen. The frame is simply constructed using pine mouldings which cost a couple of dollars a metre from your local hardware store.

We have a fixed window in the bathroom corridor that was originally specified to have a diffuser film attached to obscure the view to the unit block next door, but we made a last minute decision to use the same decorative glass that is being used in the drying rack instead:

The front verandah, which was pulled down last week, is currently being reinstated and we're hoping to get the stairs between the scullery and the back terrace installed soon so that the remaining external doors can be fitted. Not quite at lock-up, but not far away.
Email ThisBlogThis!Share to TwitterShare to FacebookShare to Pinterest