Whilst most of the new fixtures and fittings were itemised on the building schedule prior to construction, a couple were overlooked - one of which was the front door hardware. We are replacing the existing front door with an old internal door (they are both identical) as it's in really poor condition as well as having a rather large gap in the bottom of it (not good for keeping out unwanted guests such as insects or mice for that matter.) I've also been in two minds about keeping the existing front door hardware. Gotta have a good first impression - right? After visiting a number of local hardware stores, I couldn't find anything that I liked so I did what I do best and shopped online. The only ones that appealed to me were all from the USA (we really have a very limited choice here by the way), but when I finally found an entrance door set that I liked, it just so happened to be discontinued. Back to square one.... 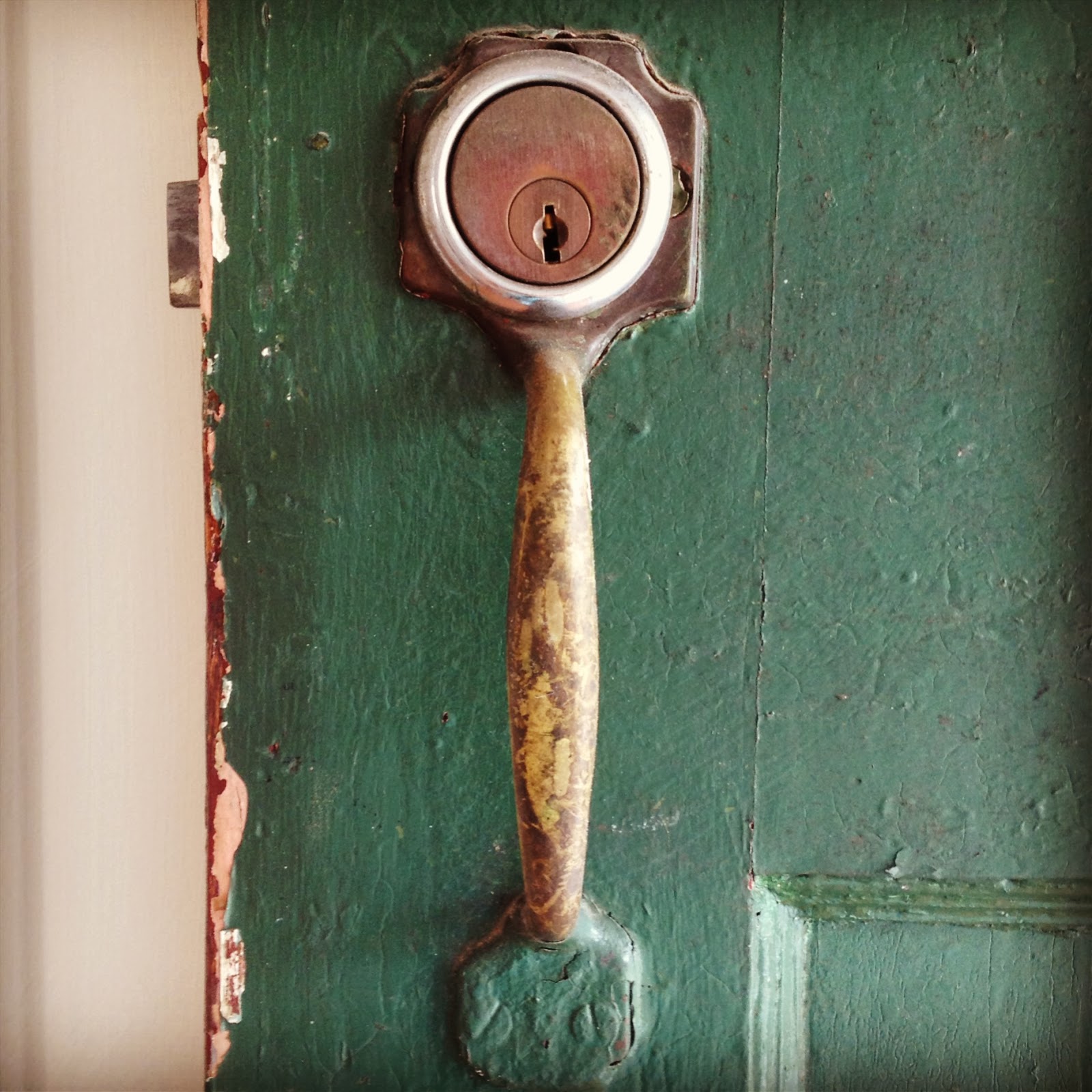 But then I stumbled upon this one from Baldwin Hardware which was almost identical: 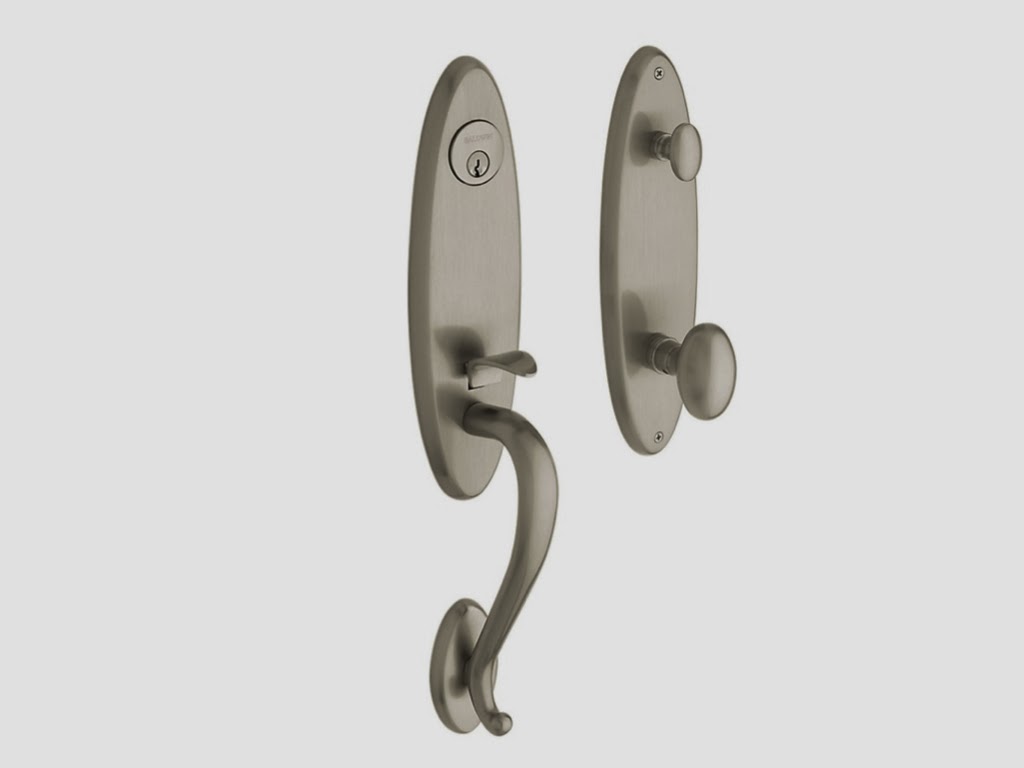 It's a solid forged brass handleset with an emergency egress egg knob - a little pricey but I guess that's the way it goes with a quality product.  I've since ordered it (with Antique Nickel finish as shown above) which will be fitted onto the new door which will be painted in, you guessed it, gloss black. So with that out of the way, the only remaining thing to select now is the letterbox.

Not too much else happened this week other than lots of painting and some more tiling, however the plumber did make an appearance to fit some of the taps, including this one in the kitchen:

Most of the wet areas in the extension have now been tiled, including the subway tiles in the laundry:

The tiles are yet to be grouted, but the finished product will look similar to the image above as we are using a grey grout. The tiler has done such a marvellous job.

All the rooms are now slowly starting to come together. Here's a sneak peek at my new office nook and storage/linen cupboards which are located in the hallway. I've ordered an Artek E60 stool for the office so that it can be tucked underneath the desk and out of the way when not in use. 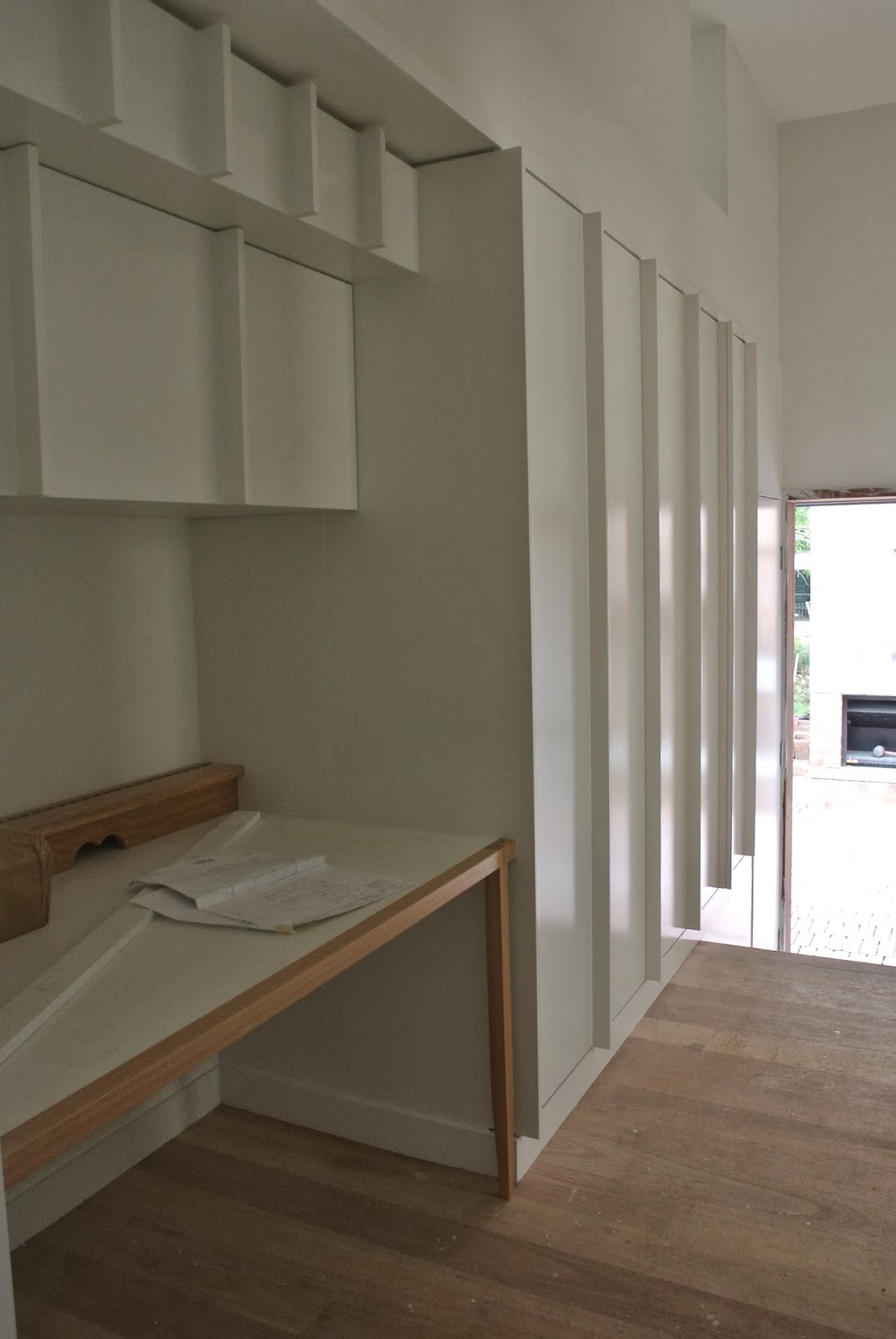 Next week the carpenters will be fitting the traditional Queenslander battens around the base of the cottage - yes, the old girl is finally getting a new skirt. There's still handrails for the front stairs, stainless steel benchtops in the scullery, window hoods and a whole raft of other jobs programmed to be completed as well.

So to finish off, here are a few more Before and Currents starting with the front verandah: 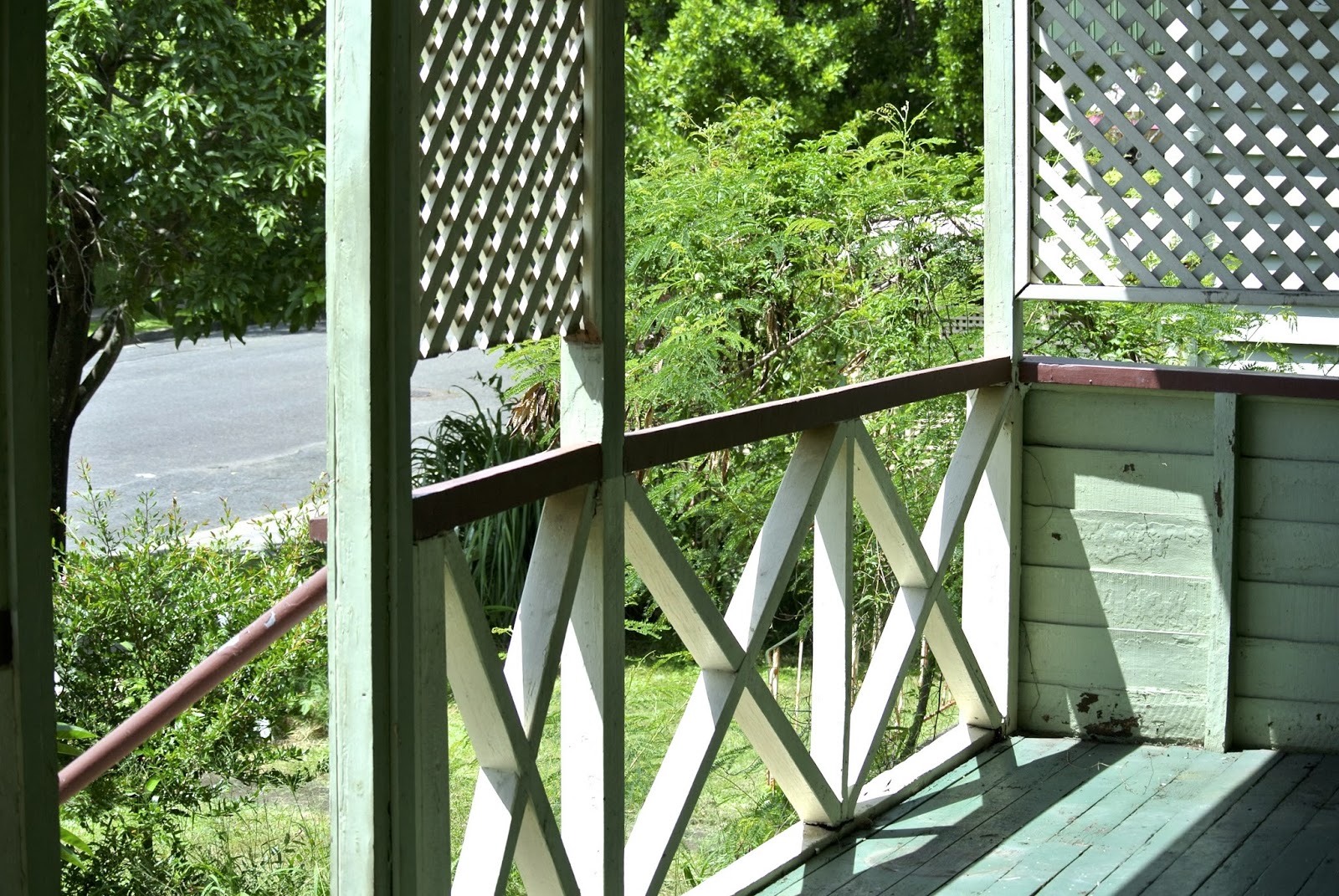 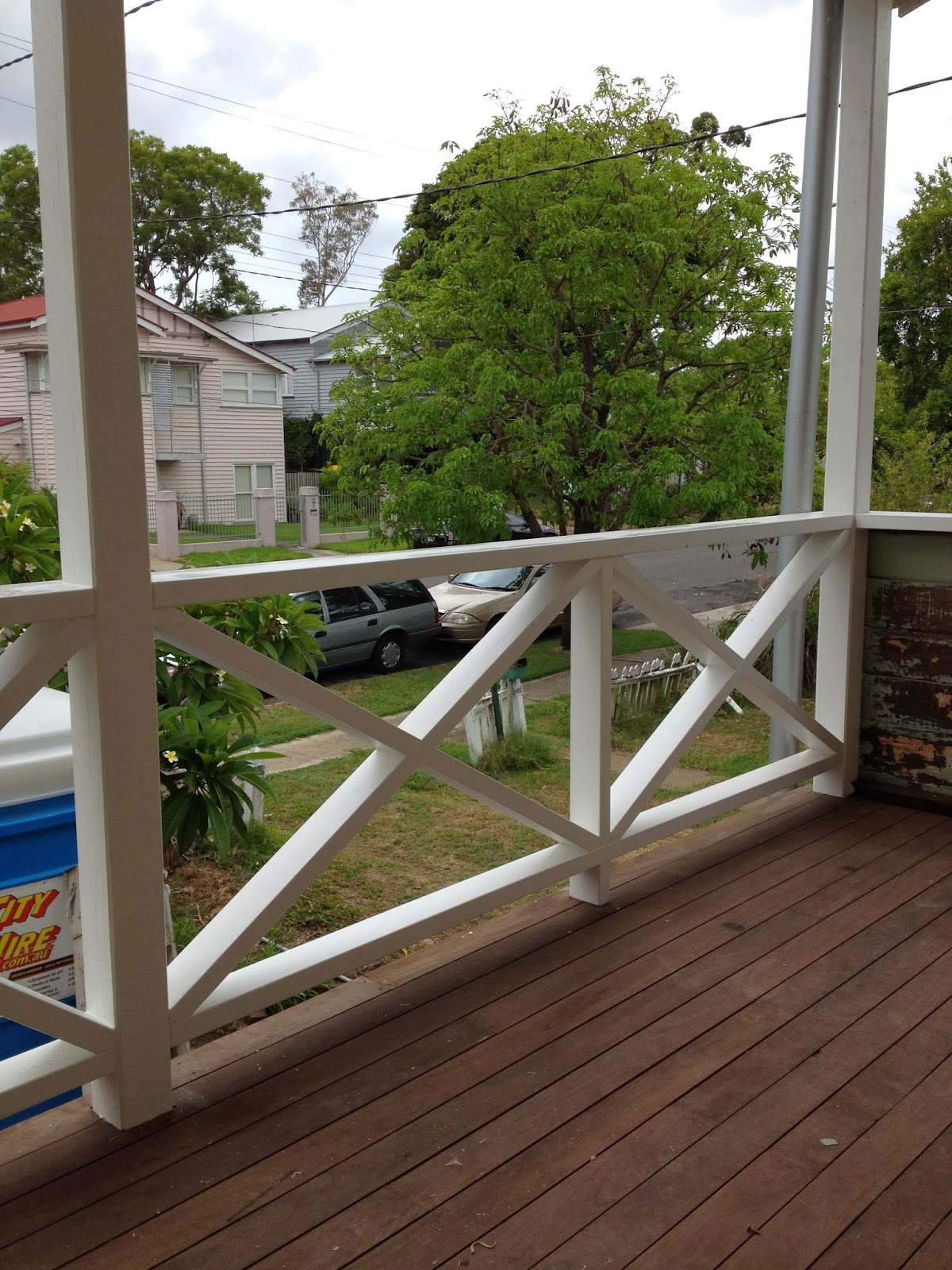 And the rear elevation has changed from this: 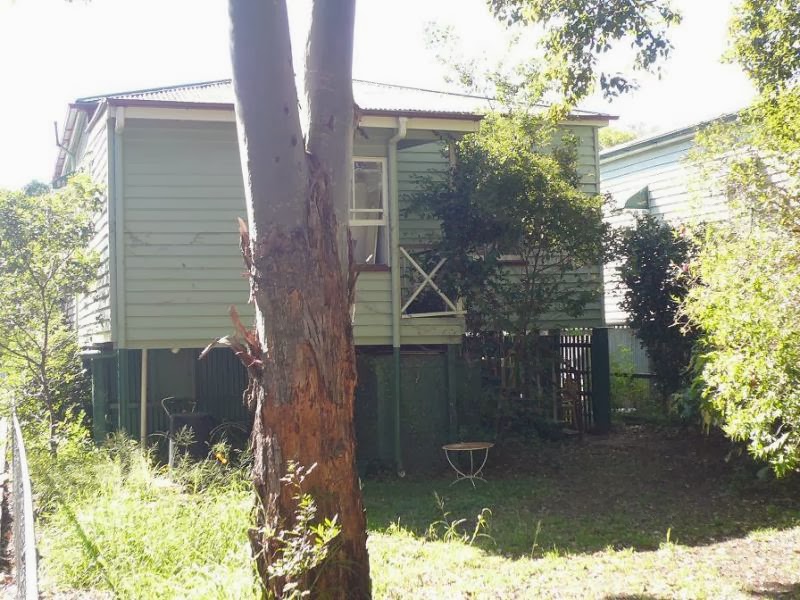 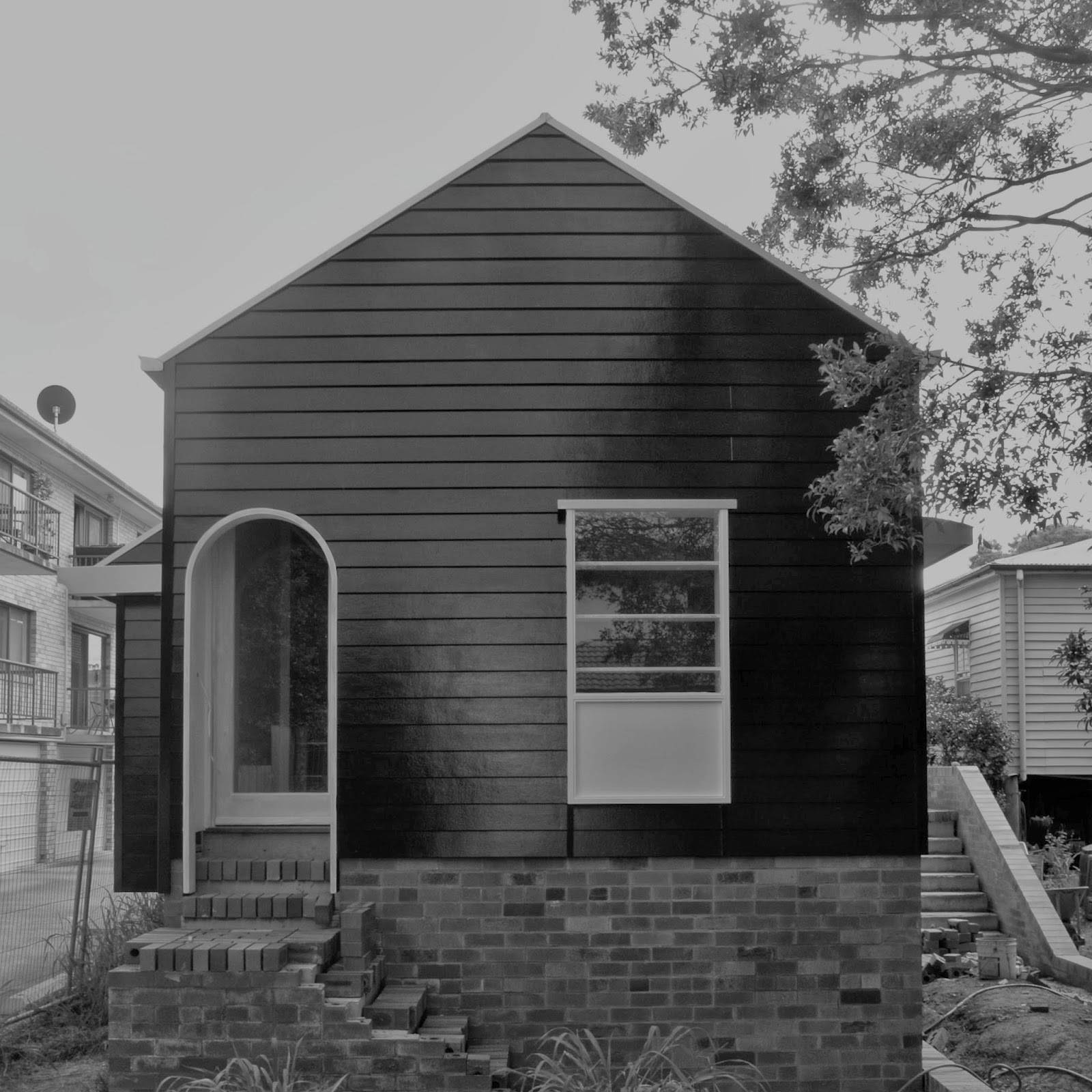 Still plenty more to do........
Email ThisBlogThis!Share to TwitterShare to FacebookShare to Pinterest