So we've been in for a week now. As mentioned previously, the bathrooms and kitchen were not fully operational, largely due to the fact that there was still some tiling work to complete (we were about 2 or 3 metres short.) And just our luck the supplier was out so we had to wait for a shipment to arrive - from Italy!

This week the stainless steel benchtop in the scullery was fitted which coincided with the arrival of the tiles so our Tiler was able to return to finish off the ensuite and tile the splashback in the kitchen.

Our Smeg freestanding oven has a small splashguard at the rear - there were also plans for our stainless steel benchtops to have an upturn against the wall. I thought it would look better to try to integrate them resulting in a seamless finish, so the oven was brought in early on so that the S/Steel Fabricator could measure up accurately. I won't go into too much detail, but it turned out to be a lot harder than I thought. However the end result is fabulous:

There was a small niche planned in the ensuite shower for shampoo/conditioner, etc and I was hoping that the tiles in the niche would line up with the surrounding walls. Unfortunately at the time this did not look like it was going to happen. However I was adamant about this and despite trying to be talked out of it including comments like 'you'll never notice', I jumped up and down and I eventually got my way - the niche was rearranged, re-waterproofed and I finally got the result I was after:

Another feature in the ensuite is the ventilated skylight - so much natural light and a gorgeous view of the sky:

We also had some dramas with the bathroom tapware that was originally specified and during construction we had to find an alternative. After some extensive shopping (online of course) I chose to replace all the taps with a range from Astrawalker. Bad news is it ended up costing three times as much (whoops, yet another variation to the contract) but they do look amazing:

The steel balustrades on the front stairs and around the terrace were fitted, ensuring that any concerns regarding safety were now put to bed: 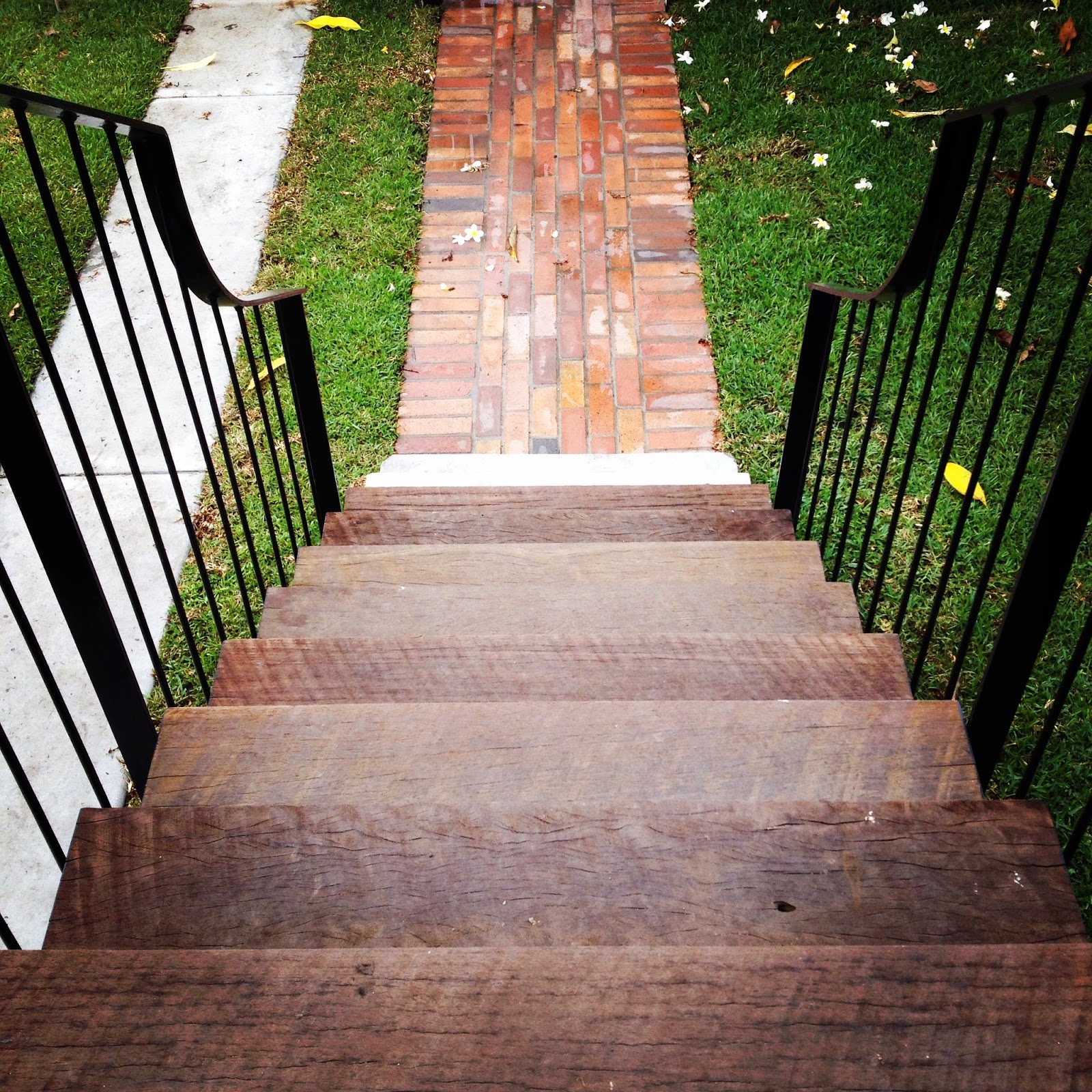 I've been having so much fun on Instagram lately, and as it turns out, it's also a great source of inspiration. I was still unsure about what type of front fence (e.g. height, profile, colour) to use (at the time it was sitting in the too hard basket.) Then I found this picket fence detail on a house that was designed by highly regarded Melbourne Architects - Kennedy Nolan. It was perfect for our cottage as it closely mimics the rear elevation of the house: 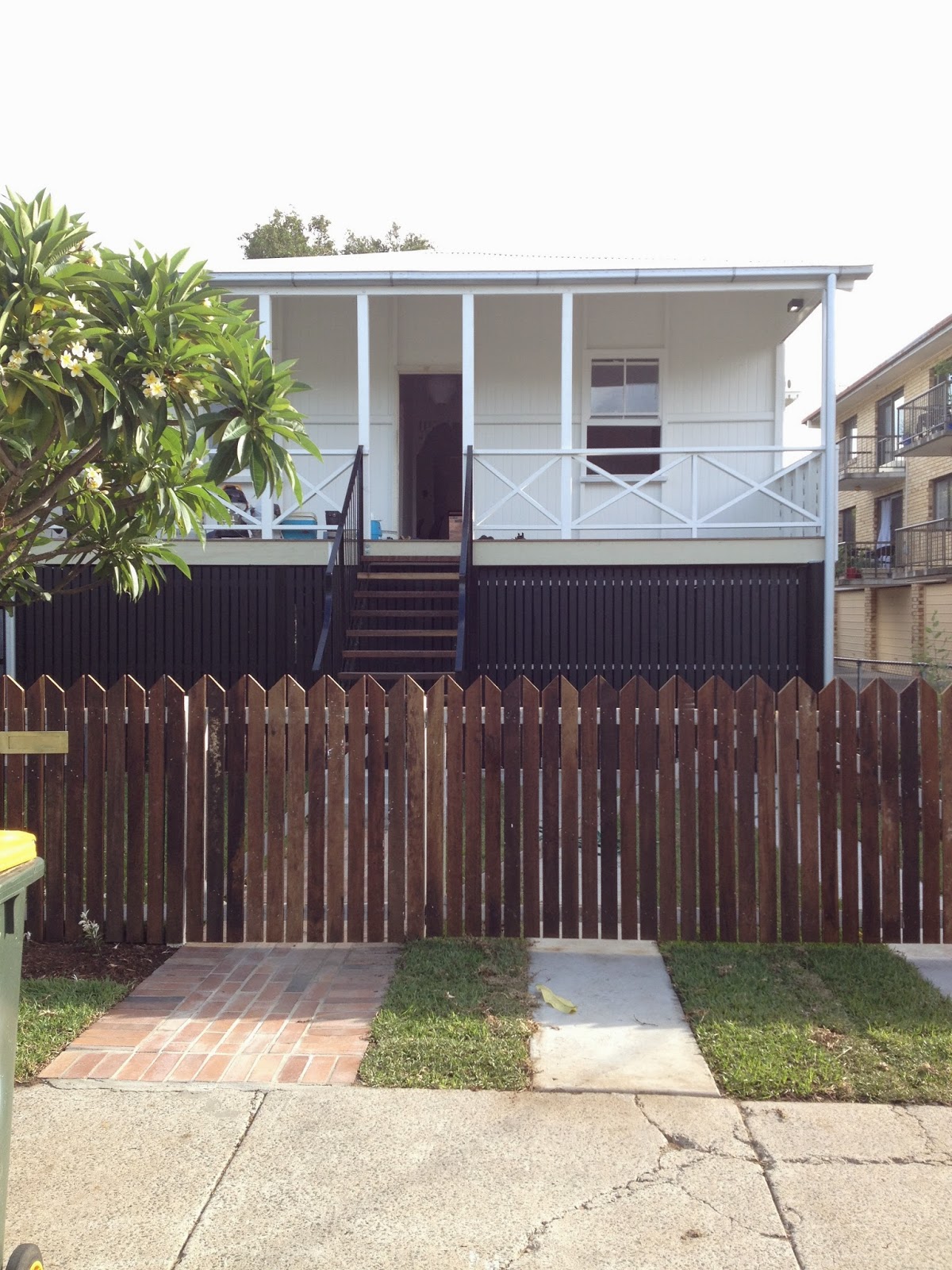 And then I thought about painting it black (believe it or not, there were many supporters of this on my Insta feed) but I kept with tradition and stuck with white: 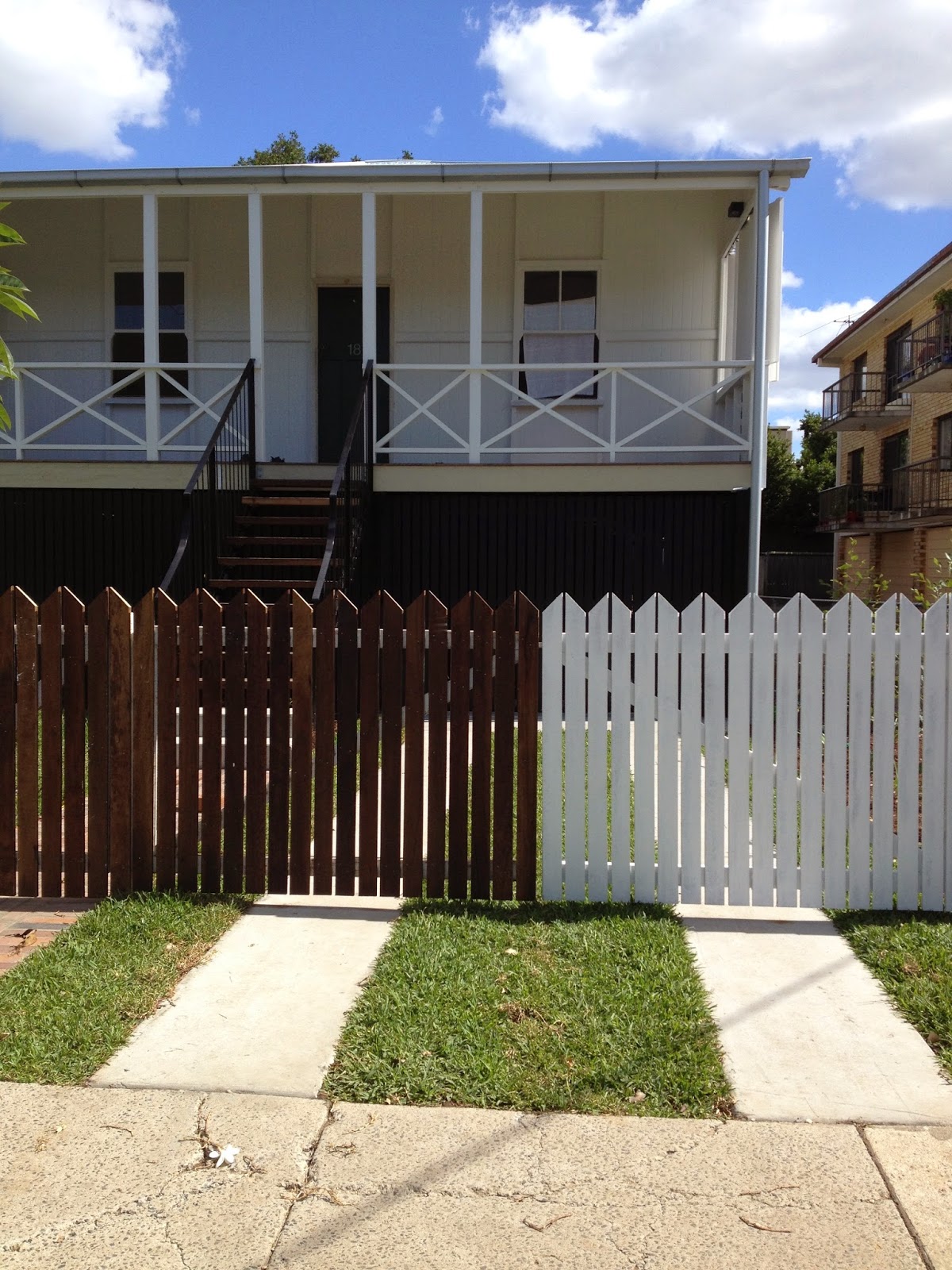 And by the end of the week, things were finally starting to come together. Thought I'd finish this post with another before/after. The 'before' really doesn't show the condition of the house as it was pre-reno (is was pretty bad.) 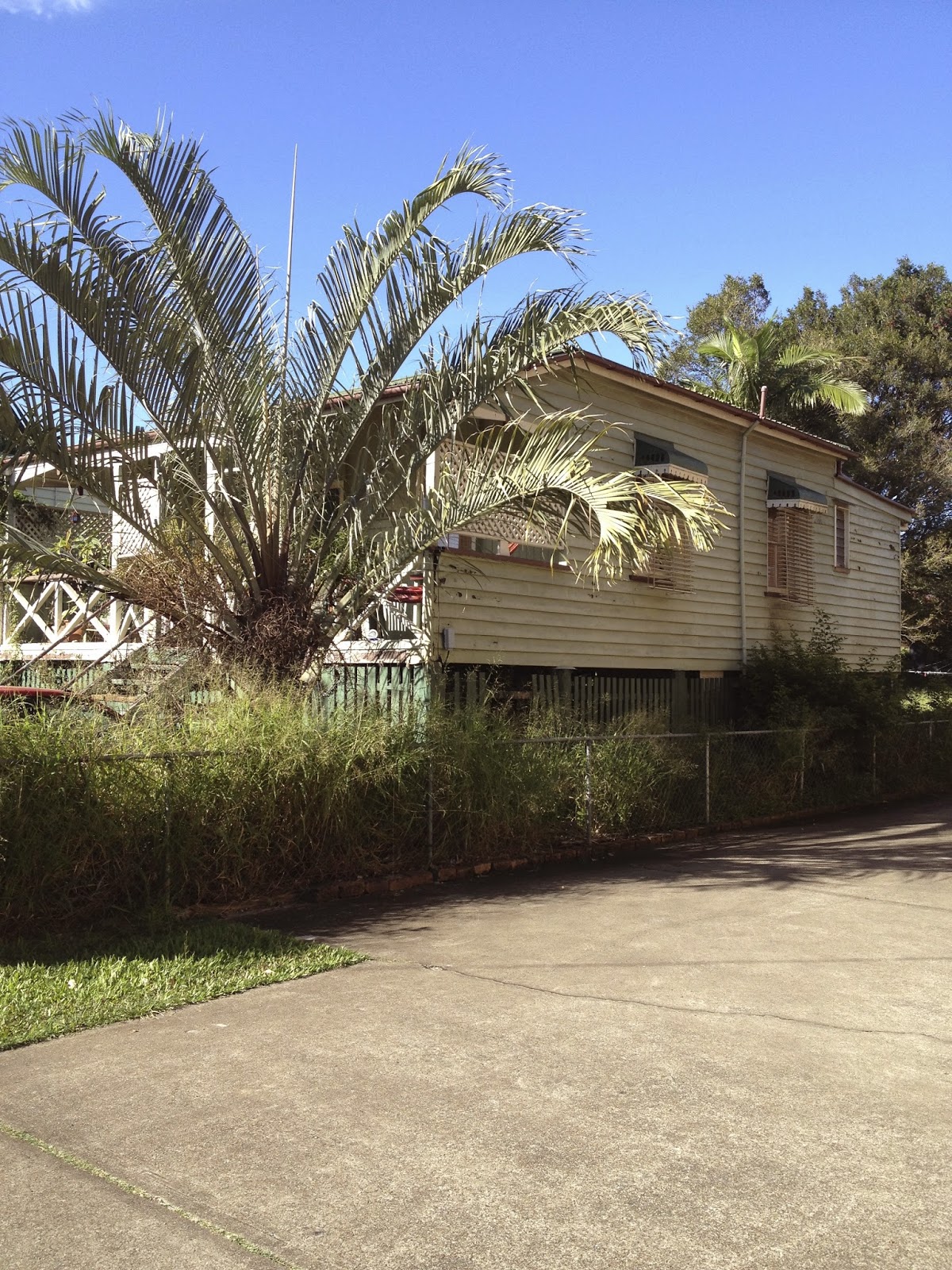 We chose to remove the palm (and the weeds) so it does look somewhat bare at the moment, but we have replaced both with plants more appropriate to the setting - we just have to wait for them to grow. 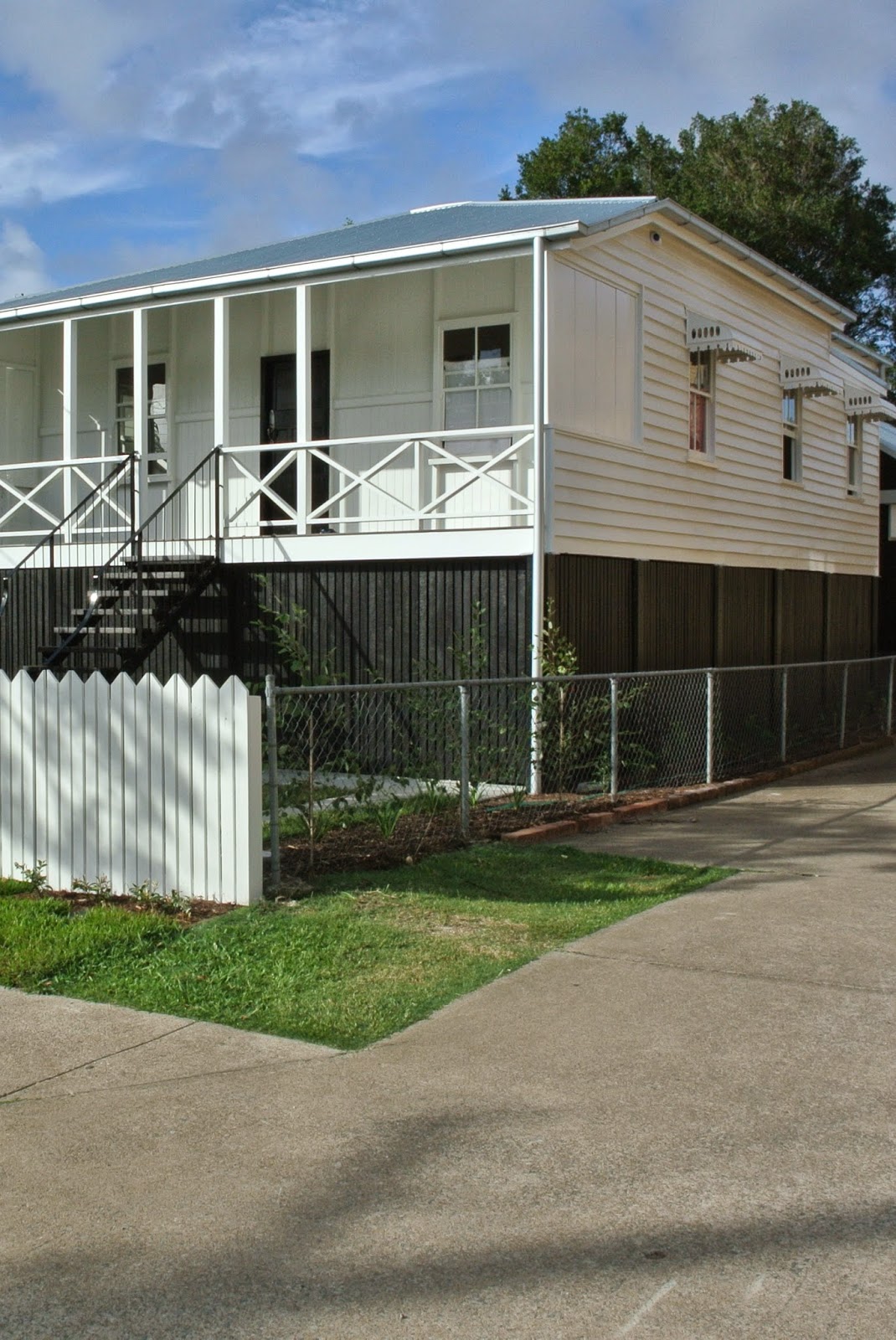